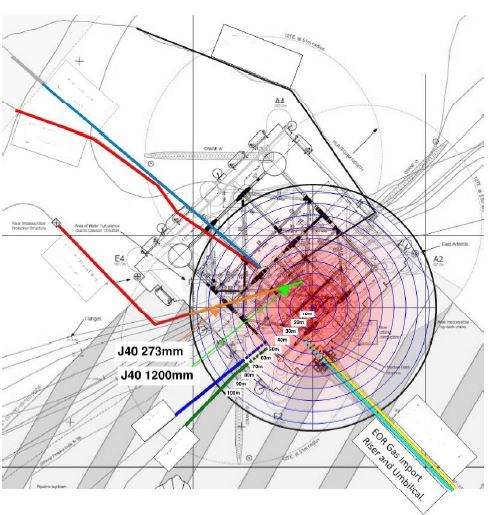 A conductor falling at terminal velocity and impacting the jacket is the last thing anyone wants to see or hear about.

That is why our client approached us to perform a dropped object assessment for one of their conductors with critical integrity concerns. The client required an urgent assessment of the risks posed to the structural jacket and vulnerable subsea infrastructure if the conductor were to detach and fall to the seabed. This client routinely manages ageing North Sea infrastructure and has to make informed decisions on how to best proceed where risk and cost are both considered.

Apollo has extensive knowledge and experience in dropped object risk assessments and by combining our pragmatic approach with our automated tools and processes, we were able to react and deliver for our client quickly.

We delivered an initial high-level assessment which summarised the energy of the dropped object, indicated the vulnerable equipment and structures that could potentially be impacted, and the possible damage that could result. We then followed this up with a technical report, formalising the study.

And for all you engineers who want more details:

Utilising experience, we were able to rapidly turn around the results and provide the client with the answers they were urgently seeking.

We provided the client with an assessment of the impact of a detached conductor with the subsea infrastructure. This analysis modelled the conductor detaching and accelerating to the seabed as it fell through the water column. The kinetic energy of the falling conductor was determined and used to assess an impact with the subsea infrastructure and jacket members. The elastic deformation of a pipe was calculated for a potential collision and used to determine the impact severely were a worst-case scenario was a full rupture leading to a loss of containment. Impacts with jacked members considered local member buckling. Other subsea infrastructures, such as umbilical’s and flexibles were also considered.

The fall excursion path of the conductor was also determined, where the potential distance it could travel from its start point was calculated. This allowed the probability of a range of impact scenarios to be assessed. The results were provided to the client as clearly marked up layout drawings, where concentric circles indicated the likely excursion limits.

Presenting the results in a readily understood form allowed our client to quickly assessed the situation and make an informed decision on how to manage their assets.

The client was very complimentary at the speed we turned the job around, it allowed them to make a swift and informed decision on their asset.

This has led to introductions to other parts of the clients business and allowed Apollo to become a trusted engineering partner to deliver quick and accurate engineering answers.

If you have a pressing issue and need engineering support, let us know on consultancy@apollo-oe.com