Our Industry in current times by Dean Marnoch 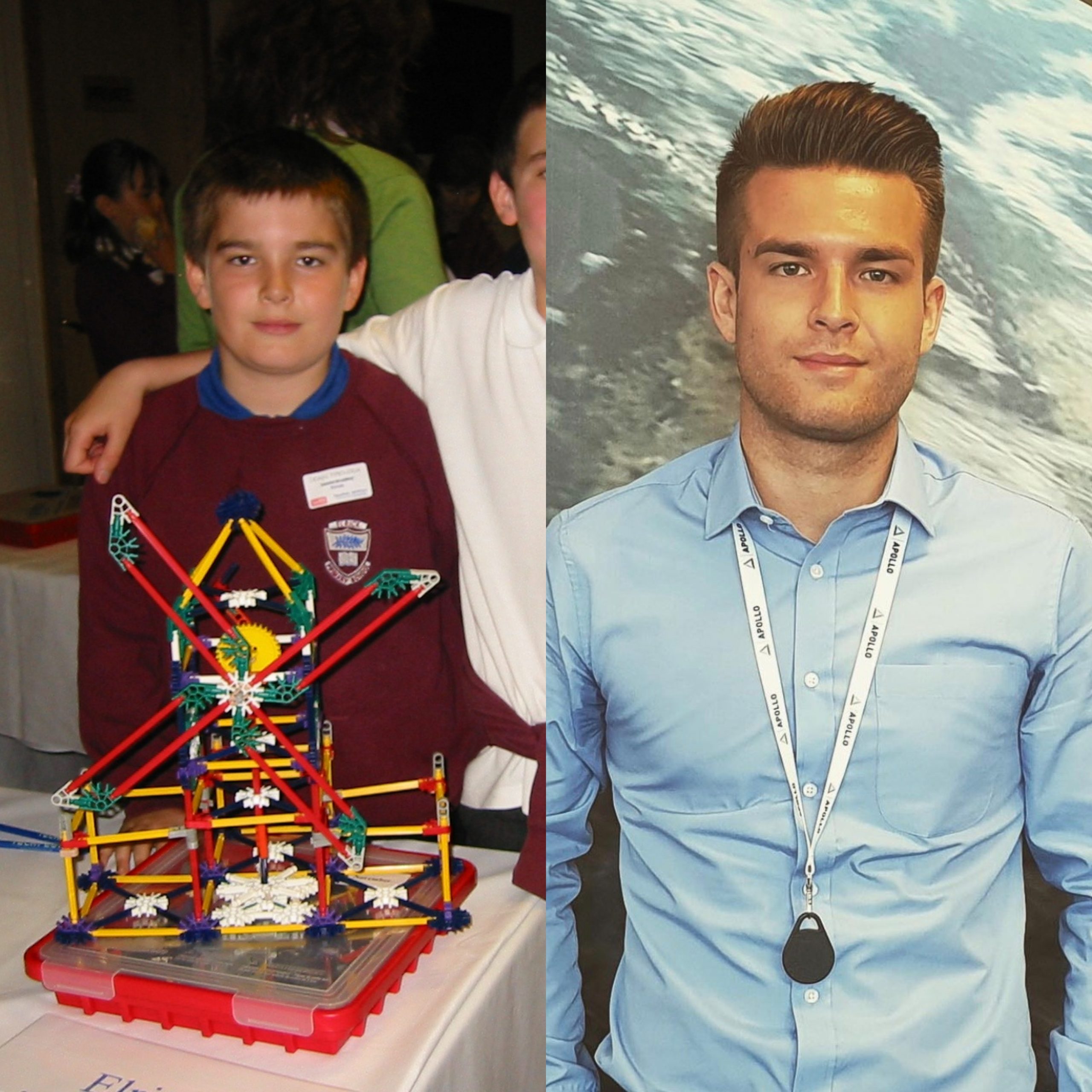 I have lived in the Aberdeen area my whole life having been brought up in Westhill. In the last 15 years, Westhill has become a major hub of the Energy Industry in Aberdeen so growing up here meant I had exposure to it. Furthermore, my father worked in the energy sector for 30 years, mostly in oil and gas but then latterly in ocean energy (wave and tidal power). At the time of deciding my future career at secondary school, the ocean energy industry was still at a very early stage and all the projects he was working were new and innovative technology. This really cemented my desire to pursue a career in engineering. I decided to stay in Aberdeen and chose Robert Gordon University as they had such a high success rate for students getting jobs on completion of their degrees.

Originally, I started on the BEng for Mechanical Engineering but after second year my grades were good enough, so I was given the opportunity to move up to the MEng course. In first year, I received a scholarship from CNR International to help support me through Uni and who would have thought 5 years later I would be working on live projects for them through Apollo. In 3rd year, I decided, instead of doing the typical 5-year masters,  I would make use of RGU’s fast track master’s degree scheme which saw me undertake summer placements in 3rd and 4th year instead of completing 5th year. This was extremely tough as I had almost no time off for 2 years and during the placements, we had other modules to complete at nights and weekends.

My first placement was at Stena Drilling within their Design Engineering department. Everything I learned there is very similar to what I do now with my mentor at Stena being a previous Apollo engineer joining them as a graduate. His glowing reports of his time at Apollo was one of the main influencing factors for taking a job with the company. My final placement was with Neptune Subsea Engineering where I learned more useful skills such as FE analysis of subsea equipment. At the end of this placement, I was offered a job there, but my heart was already set on joining Apollo. I feel I was lucky with the timing of joining the industry and have no doubt without my placements I would have found it much harder to find a job.

I joined Apollo in 2018 and my current role is mainly within the structural department. A key thing I like about Apollo is their dedication to not pigeonhole graduates and to give them a great level of exposure in other disciplines, so I have also completed jobs in other departments. These include Piping, the FEED study of a subsea manifold and a vibration study for an FPSO to name but a few. When I joined Apollo, I became heavily involved in our commitment to the NASA in Aberdeen charity event. I co-organised the activity for the 2019 family day in which all the Apollo STEM ambassadors helped deliver a fun and educational drilling activity and quiz. 2020 was meant to be the year I took the lead in organising the activity but disappointingly the pandemic meant the event was cancelled. Since then I have been involved in delivering a remote rocket themed competition for young aspiring engineers with the hope to keep it going under the “Apollo Young Astronaut Program” banner. All participants seemed to really enjoy themselves and some of the entries we received were quite amazing. People may doubt how influential these kinds of events are but I am living proof that the STEM-themed competitions work. In 2007 at the age of 10, my friend and I competed against 86 other schools from the Grampian region, winning the Woodgroup Techfest Setpoint 9th area competition for young engineers K’nex challenge, qualifying for the Scottish finals. The event, which is aimed at encouraging young people to become engineers, was my first inspiration and “planted the seed” as they say.

About 2 months ago, Apollo reacted swiftly to the emerging global pandemic and decided everyone should work from home; this decision was taken well before it was compulsory to do so. Although there have been challenges to working in a new way we are thriving at home and as effective as we were in the office. For example, it is my responsibility to organise internal training so that we can share the knowledge of our talented staff pool within Apollo. Originally, this was intended to be in the form of 1-2 lunch and learns, which would be held in the Aberdeen office each month. Since then I have had a crash course in Microsoft Teams and have successfully organised 4 remote lunch and learns which were recorded for future reference. This totally changed the way I had planned to do it but for the better; this is just one example of how adaptable Apollo can be. Disregarding the current pandemic, I believe a crash in the oil price was due and was probably inevitable. I have a concern that the economy will recover quickly but the price of oil may take much longer to do so. Having said that my concerns are alleviated somewhat as I am already seeing many other projects within Apollo being won in different sectors, one of which I am due to start next week.

With this low oil price, I am confident that Apollo can continue to be one of the leading engineering companies riding the energy transition wave and moving into renewables quicker than the rest. I have a huge interest in renewable energy stemming from my father’s work and therefore would love opportunities to work on further projects in future.  I believe we will start seeing a greater percentage of projects delivered in renewables and I am hopeful that I will continue to gain vital exposure to these projects. Although this is a personal goal, I am not oblivious to the fact that oil and gas is a vital commodity for the global energy transition and will be around for a long time. The use of fossil fuels will, in fact, be crucial in the discovery of cleaner technologies and help build the infrastructure required to achieve net-zero in Scotland by 2045. 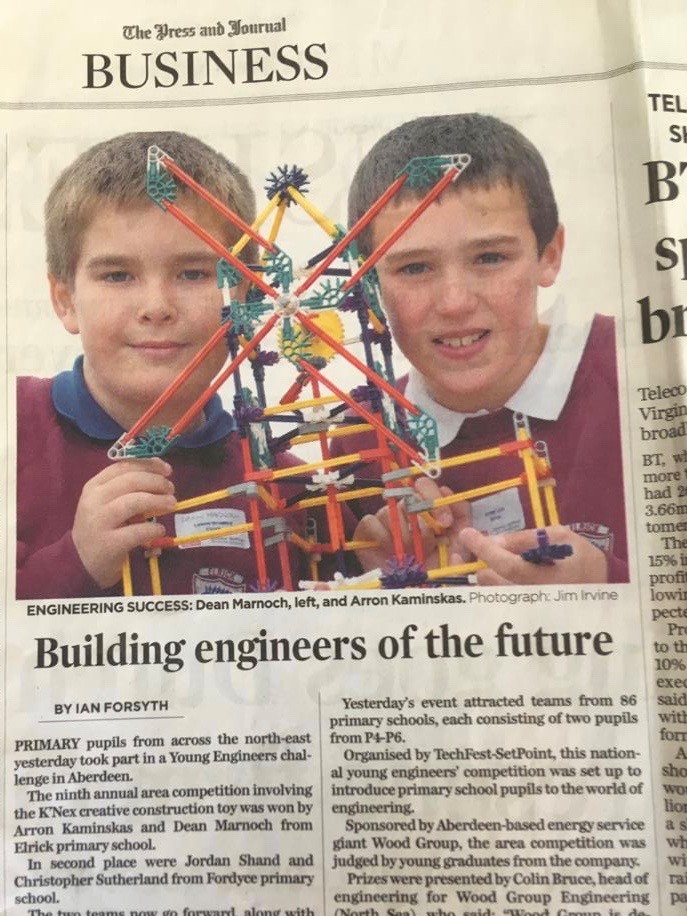 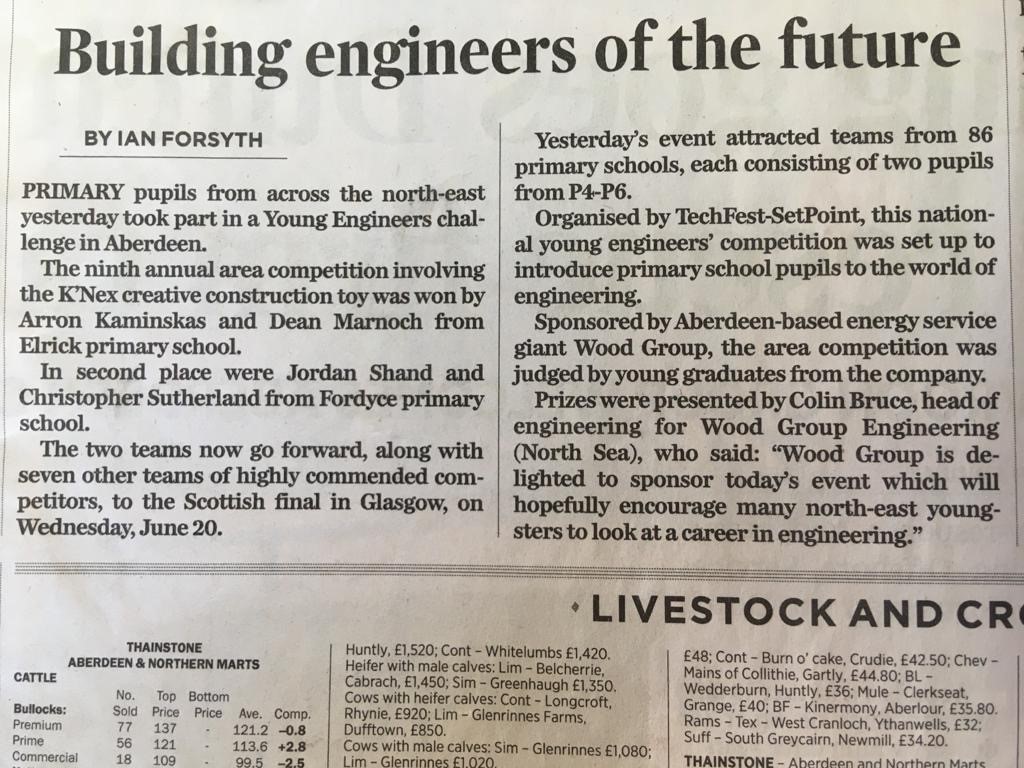